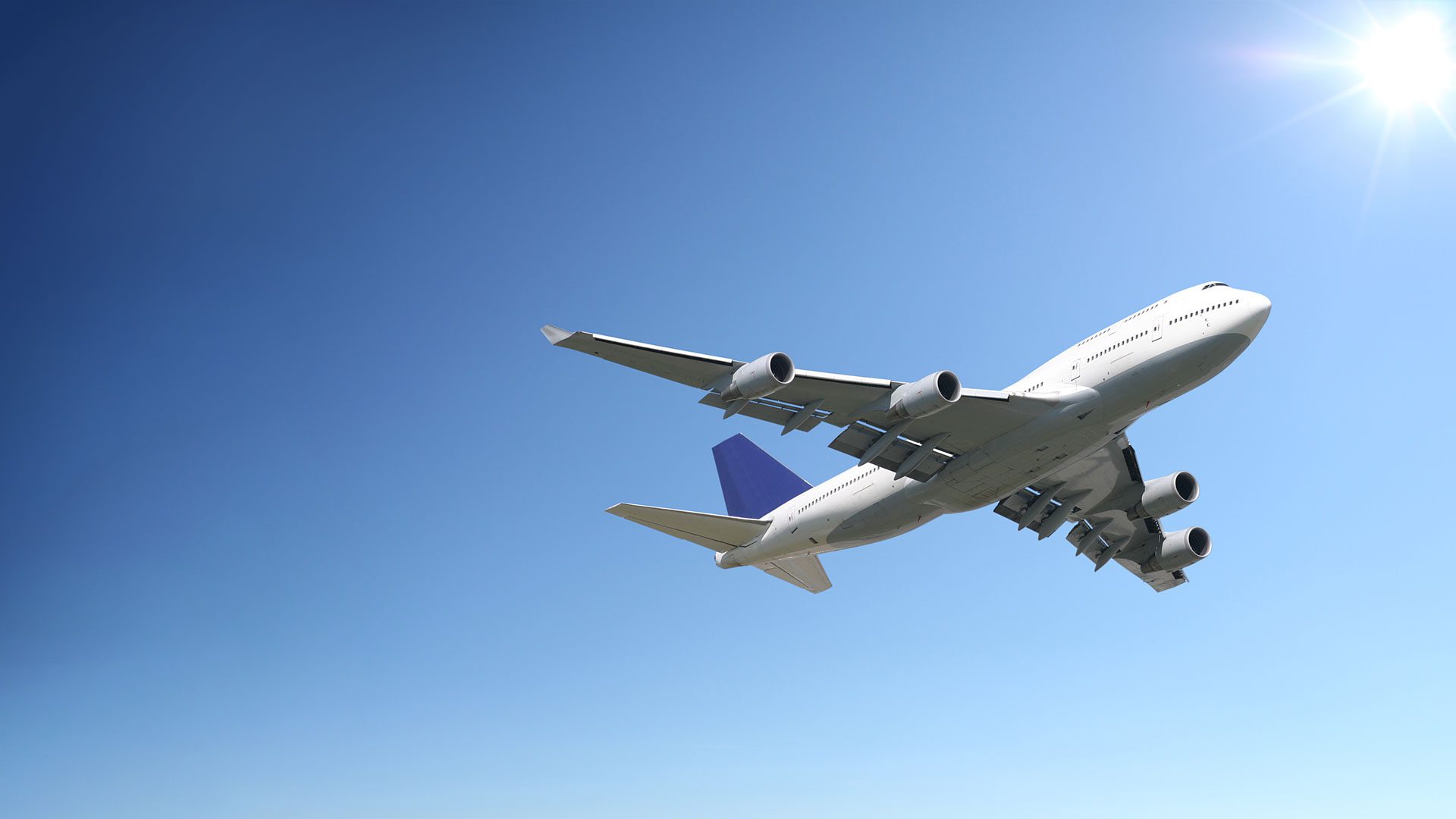 Seattle, Washington—Breakthrough Energy announced that its first Catalyst project funding will go to LanzaJet’s Freedom Pines Fuels sustainable aviation fuel (SAF) plant in Soperton, GA in the form of a $50 million grant. Breakthrough Energy Catalyst is a unique program that brings together corporate and philanthropic organizations to accelerate the deployment of essential technologies by funding key first-of-a-kind commercial-scale projects.

Projected to be operational in 2023, LanzaJet’s Freedom Pines Fuels project is the firm’s first commercial-scale SAF plant and will be the first in the world to produce Alcohol-to-Jet SAF, which will lower emissions by at least 70% compared to fossil jet fuel. Once fully operational, this plant will play a critical role in scaling SAF production and bringing lower-cost sustainable fuels to market. The plant is expected to produce nine million gallons of SAF and one million gallons of renewable diesel annually, roughly doubling current SAF production in the U.S. Construction of the plant will enable the significant scale-up of LanzaJet’s technology within the U.S. and globally, with subsequent projects already in the planning phase in North America, Europe, and Asia that, together, would produce more than one billion gallons of SAF annually.

First-of-a-kind projects for emerging technologies often struggle to access low-cost capital because they have high green premiums and frequently face unforeseen challenges and costs, especially in the current inflationary environment. By providing capital to these types of early commercial facilities, Catalyst funding can reduce risk for follow-on investments and accelerate the deployment of clean technologies. In this case, Freedom Pines Fuels’ Catalyst grant filled a funding gap and will enable the plant to maintain its current development timeline.

Importantly, the grant will also spur further SAF innovation by helping create a new market for scalable, low-carbon ethanol from sustainable sources by setting the expectation that the plant will transition to second-generation ethanol, including from waste-based feedstocks, by its fifth year. This transition will complement work LanzaJet is already doing to build SAF plants using second-generation ethanol in the U.K. and develop strategic partnerships to accelerate the advanced fuel’s development, of which there is currently little supply in the market.

“Breakthrough Energy Catalyst is a new way for the private sector to accelerate the clean energy transition by funding projects that will ensure essential climate solutions get to market on the timeline the world needs,” said Rodi Guidero, Executive Director, Breakthrough Energy & Managing Partner, Breakthrough Energy Ventures. “LanzaJet’s new sustainable aviation fuel plant could play a vital role in decarbonizing aviation while demonstrating how the jobs and businesses of the clean energy economy can power communities. We’re grateful to Catalyst’s partners, who understand climate leadership means supporting the technologies that will eliminate emissions and that solving our climate challenges will require nothing less than mobilizing the world’s economic engine to build a net-zero future.”

“LanzaJet is grounded in innovation, and we work every day with a sense of urgency to address our global climate challenge,” said Jimmy Samartzis, LanzaJet CEO. “To maximize our impact and scale our technology to deliver significant quantities of sustainable aviation fuel worldwide, partnerships matter. We have a real opportunity on our doorstep to significantly scale-up and globally deploy our technology, and we wouldn’t be able to build this plant as quickly or affordably without Breakthrough Energy’s Catalyst grant, which reduced our total cost of capital and is critical to reducing emissions and accelerating the pace of bringing SAF to the global market.”

Aviation accounts for approximately 2-3% of global greenhouse gas emissions annually, and as a “drop-in” fuel, sustainable aviation fuels offer an important way to quickly decarbonize aviation with existing aircraft currently in use around the world. Produced from a variety of low-carbon, sustainable feedstocks such as agricultural waste, municipal solid waste, energy crops, or carbon captured from industrial processes or ambient air, SAF is a like-kind replacement for traditional jet fuel and is compatible with existing aircraft and infrastructure. SAF can dramatically reduce lifecycle greenhouse gas emissions (GHGs) compared to conventional fuel made from crude oil, while also significantly improving local air quality by reducing conventional air pollutants like particulate matter.

Breakthrough Energy’s Catalyst grant joins earlier supporters of LanzaJet’s Freedom Pines Fuels plant, which has received funding from the U.S. Department of Energy and the Microsoft Climate Innovation Fund, as well as investments from LanzaJet’s shareholders Mitsui & Co., Suncor Energy, LanzaTech, British Airways, and Shell. The plant is being built at a unique moment of opportunity for SAF. The recently signed Inflation Reduction Act includes tax credits that will help jumpstart production of SAF in the U.S. and make clean jet fuels more price competitive. It also includes $297 million for a grant program dedicated to scaling up clean aviation technologies, including SAF.

“The use of sustainable aviation fuel (SAF) is a cornerstone of our strategy to decarbonize air travel, and our partners at Breakthrough Energy Catalyst are helping to accelerate promising new technologies to scale SAF for broader use throughout the aviation industry,” said Robert Isom, CEO, American Airlines. “We’ve been aggressive in our pursuit to acquire and utilize SAF, but the marketplace requires additional innovation and investment to reach the scale we need. Thanks to Breakthrough Energy Catalyst’s investment in LanzaJet, American Airlines—and the aviation industry as a whole—is one step closer to reaching destination net-zero.”

“As one of the first global financial institutions to set a sustainable aviation fuel usage and capital deployment goal, Bank of America and Breakthrough Energy are helping catalyze a SAF market to accelerate the transition to a low-carbon economy,” said Brian Moynihan, Chairman and CEO of Bank of America.

“Decarbonizing the aviation industry using sustainable aviation fuel is a critical part of the global path to net zero,” said Christoph Schweizer, CEO of Boston Consulting Group. “And as a founding partner of Breakthrough Energy Catalyst we believe this investment to expand LanzaJet’s plant is a vital step toward that goal.”

About LanzaJet Inc.
LanzaJet is a leading sustainable fuels technology company dedicated to accelerating the energy transition by embracing the circular economy. As a Sustainable Aviation Fuel (SAF) technology provider and a sustainable fuels producer with patented technology, LanzaJet is creating an opportunity for future generations by accelerating the deployment of sustainable aviation fuel and other clean technology which is critical in addressing the climate crisis and transform the global economy. Further information is available at lanzajet.com.
About Breakthrough Energy & Catalyst
Breakthrough Energy was founded by Bill Gates in 2015 to accelerate the clean energy transition and help the world reach net-zero emissions by 2050. Through investment vehicles, philanthropic programs, policy advocacy and other activities, Breakthrough Energy is committed to scaling the technologies the world needs to meet its climate goals. Breakthrough Energy Catalyst is a first-of-its-kind model to finance the new solutions that will underpin a zero-carbon economy, focused initially on four technology areas: sustainable aviation fuel, long-duration energy storage, green hydrogen, and direct air capture. Learn more about Breakthrough Energy and Catalyst at breakthroughenergy.org. 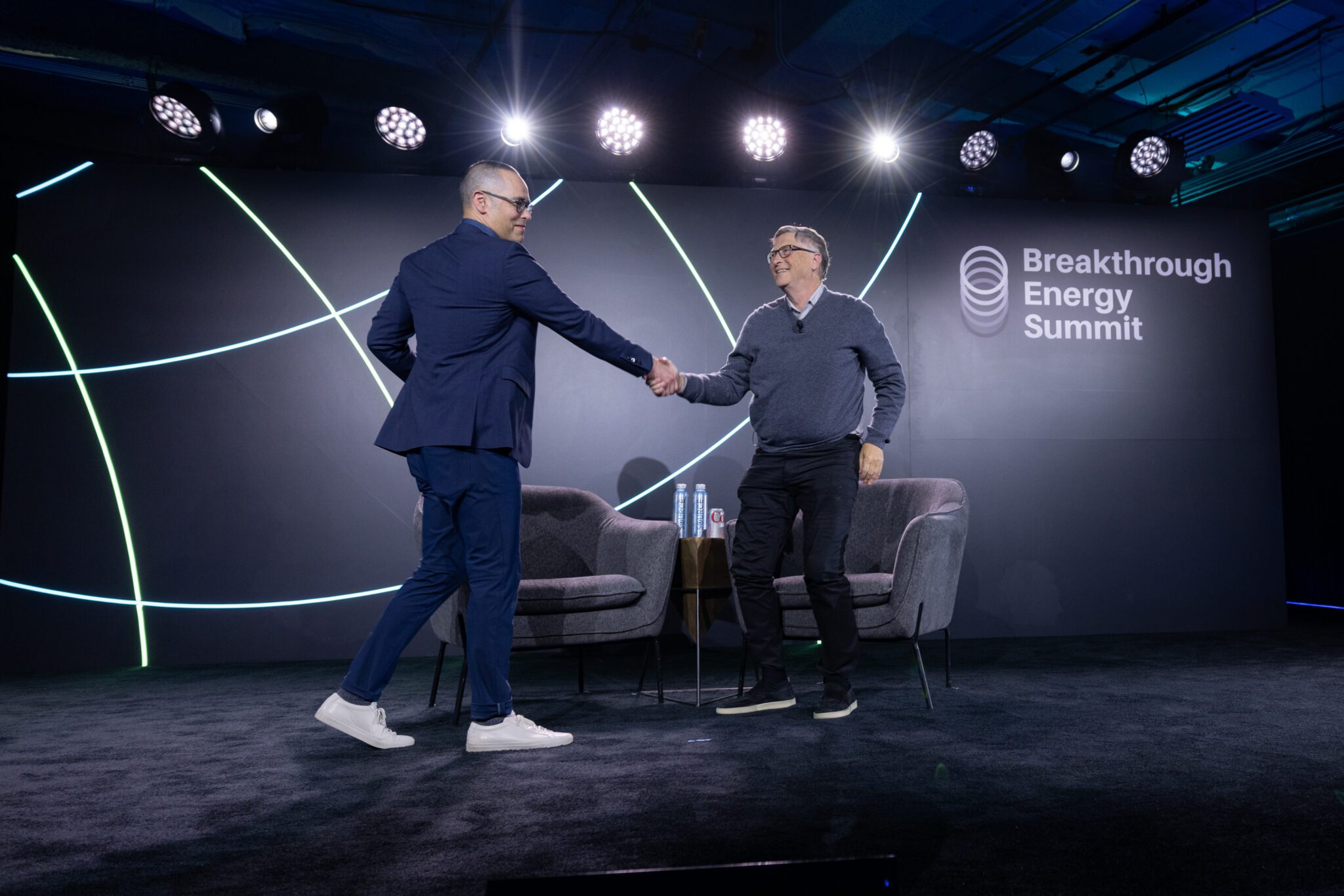 Oct 25, 2022 Climate Leaders on the State of the Energy Transition